Figuring out how to get a boyfriend isn’t a joke anymore.

If you’re wondering how to get a boyfriend, well, that’s the easy part. Getting a boyfriend is easy, but getting the guy you desire is the difficult part. Want to know how to get any guy you like to ask you out?

A good decade ago, it was only the kids and preteens that wondered about this question.

But now, just about every girl wants to know how to get a boyfriend who will respect her and love her for who she is.

After all, we aren’t speaking of just about any boyfriend.

We’re talking about an absolutely great guy who likes a girl for who she is, and a guy who’s going to be there by her side through thick and thin.

How to get a boyfriend who’s all that

You may have found the perfect guy in the world, and you may be wondering how to tell him that you like him. Or perhaps, you may be completely clueless and waiting for someone to approach you and ask you out.

Either ways, if you’re interested in knowing how to get a boyfriend, you need to know how to become irresistible to guys in the first place.

How to be an irresistible girl

Quite frankly, the problem isn’t with guys or girls here. Knowing how to get a boyfriend is all about knowing how to be the irresistible girl who can be desired by guys.

Here are five tips that can change the way guys see you, and make you irresistible.

You wouldn’t like a guy who doesn’t have a personality. So why would a great guy like you if you don’t have it either. Now if you really want to know how to get a boyfriend who’s fancied by all girls and admired by all guys, you need to build yourself a personality.

You need to be cheerful and nice, but at the same time, you need to create an aura of confidence around yourself. Don’t be the clown or someone who can be pushed around easily by everyone. You need to be confident and carry yourself with grace and panache. Be likeable, but yet, be someone who’s taken seriously.

#2 Appear unavailable even if you’re single

No guy desires a girl who’s easily available. Play hard to get. Talk to boys but keep them at a distance. Don’t be a pushover and don’t let anyone take you for granted. Never run errands for guys. Learn to be unpredictable when you’re talking to guys. And at times, even fussy and moody. As much as guys say they want a girl who can get along, they still want a fussy princess.

After all, Archie still runs behind Veronica rather than Betty. Makes you wonder, doesn’t it? You know the rules of playing hard to get, so play them and play them well. 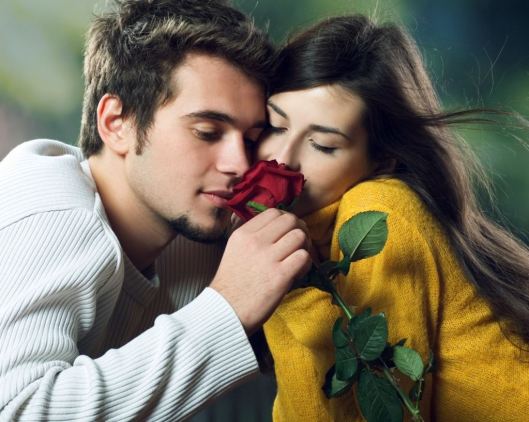 Now good looks are an added advantage if you want to know how to get a boyfriend. But the real key to getting a great boyfriend is not good looks, but knowing how to look good.

Most of the glamorous celebrities and models don’t really have the prettiest faces or bodies, but it’s the way they carry themselves and groom themselves that makes them look so stunning. Katy Perry and Lady Gaga may not be the prettiest women without their makeup and their attitude. But any guy would love to date them or go out with them.

Stop focusing on your flaws and pay attention to what’s good in you. And before you know it, you can dazzle any guy with your poise, confidence and the way you carry yourself.

#4 Send out the right signals

Do you like a guy? Then send out the right signals only to him. Look at him now and then, and let him notice that. Blush a bit, flutter your eyelashes or run your hands through your hair coyly, just above your ears. But never overdo it and make yourself seem like a stalker. Stare at the guy you like for a few seconds and snub him for a couple of days. Make him want you, and never let him know that you want him.

Let him crave for your attention and make him come to you. The secret behind knowing how to get a boyfriend all girls desire is to draw him and confuse him, and never letting him know he’s got the upper hand in the flirty game. Never make it obvious by telling all your friends and giggling like he’s your teenage crush! Stare at him deeply now and then, and ignore him for a few days. You hold the reins in this game, and he’ll come begging to you in no time.

#5 Learn to be sweet where it matters

Once you have his attention, make him come to you. Smile at him when you’re at the other end of the hall, but ignore him when he’s close by. That would confuse him, and yet, make him crazy about you.

Don’t flirt with too many guys, assuming it would make him jealous. It could make him think you’re a tramp. You can be rude to any guy though, who tries misbehaving around you or tries to hit on you when the guy you like is around. Snubbing other guys makes the guy you like want you even more.

And when he finally works up the courage to ask you out, be sweet with him. Make him feel special, and let him understand that he’s being treated nicely. Don’t overdo it, but make him feel warm and fuzzy for having a conversation with you. And if he ever talks about you staring at him or smiling at him from across the hall, deny it outright and get fussy.

Never let him know that you accept making the first move. Always make it look like it was him and him alone who made all the moves to talk to you. That’s how you play fussy, sweet and hard to get all at once!

If you just follow these simple moves, not only will you know how to get a boyfriend, you’d also know how to attract the attention of any Handsome guy you like.

So are you looking for love? Look no further.